skip to main | skip to sidebar

Mathematicians and the Moral Responsibilities of Science 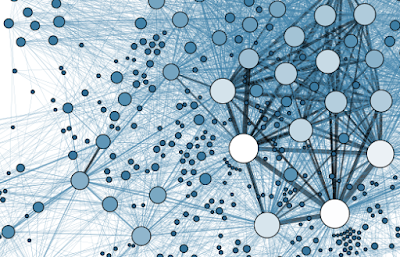 Three years ago I was giving my plenary address at a posh conference in Shanghai, all luxury and splendor in one of the most beautifully futuristic cities in the world. I was content enough to entertain my audience with the innocent and amusing mysteries of the "field with one element". My talk was followed by another plenary speaker, a famous applied mathematician, who suddenly shocked me into awareness of the murky ethical waters mathematicians are threading in our society. The work presented by my colleague, who like myself lives and works in the Los Angeles area, was nothing short of a Minority Report quality dystopian-futurism. It claimed to have developed an algorithm that would allow the Los Angeles police to estimate the most likely places and times where crime (from gang crime to burglaries) was about to occur and intervene promptly by allocating their forces to the predicted hot-spots. Now if you live in LA (and even if you don't, I would imagine) it shouldn't be lost on you that the LAPD is one of the police departments in the country with the bleakest record of brutality and human rights violations. It does not take much thinking to realize what the immediate consequence of applying this algorithm will be: the LAPD will show up where the algorithm indicates and will find criminals there, regardless of whether they exist or not. In other words, the alleged sense of "objectivity" provided by the presence of a "mathematical formula" will provide a police force of dubious ethical reputation with a very convenient excuse to brutalize low income communities.

In a similar vein, many appeals have already been launched by influential voices within the mathematical community, raising serious ethical questions about mathematicians working for the NSA, in light of the Snowden revelations about mass surveillance. The NSA, it is worth remembering, is the world largest single employer of mathematicians. In the very near future, we are going to be faced by an even more pressing ethical issue: the US just elected a fascist government. This is probably the single scariest event that happened in the world since the end of World War 2. The question now is not going to be just whether it is ethical for a mathematician to work for an agency that engages in mass surveillance, but whether one is willing to be a collaborationist of a fascist government. The lesson of the historical European anti-fascist Resistance tells us the answer to that question, but who is listening? We seem to be really coming to the point where, as a very famous mathematician friend of mine once said: "applied mathematics is the art of doing with great skills and proficiency what shouldn't be done at all".

It needn't be this way, though. There is a struggle and we need to take sides. Scientific and technological expertise are going to be crucial now more than ever. The new government may be the most bigoted anti-science team ever assembled, but at the same time these fascists of our time can count on hordes of technically savvy alt-right trolls in their service. It is crucial to maintain the upper hand in science and technology. I am especially speaking to all those who will be organizing the actual Resistance on the ground. Don't shy away from science, just because you are wary of its unethical involvement with power. Don't leave the fascists with the exclusive access to it, or all will be lost. Applied mathematics can also do what should be done, not only what shouldn't. In the example of the model predicting crime hotspots mentioned above, a discrete sample of event locations is used to generate a probability density that produces an estimate with priors on certain spatial data. All their papers are available. They can equally well be used to predict occurrences of neo-nazi attacks on various communities and concentrate antifa resources where most effective. Better still, we are soon going to witness waves of deportation raids on a scale unprecedented in history. As a scale for comparison, remember that, in order to carry out its genocidal plans, the German Third Reich had to organize the arrest and deportation of six million people, which they then proceeded to murder. This was an operation on an impossibly gigantic scale, carried out across the entire European territory. Now the incoming fascist American government has promised the deportation of eleven million people, almost doubling that scale. (Yes, I know, they are not claiming any genocidal intent, for the moment, but the Nazi Germans also continued to talk only about deportations until the "final solution" was adopted in 1941 - remember Eichmann's Madagascar? As history teaches us, the step from mass deportation to genocide is brief.) Deportation raids can only work if they involve a surprise element: raids on farms, on housing complexes in the middle of the night... if anything can be done to reduce the surprise element, to have a better than chance predictor of where the next raid is likely to occur, it can save lives. In a similar vein, French mathematicians who joined the anti-fascist Resistance during the war, and who were acquainted with the early famous mathematical game theory paper of Emil Borel, tried to apply mathematical methods to improve the efficiency of the distribution of initiatives, strikes, and resources in the Resistance. Scientific researchers tied to the US military later widely developed these ideas into what came to be known as 4th generation warfare. Again, the mathematics can be applied to what should or to what shouldn't be done: the choice is ours to make. We need to take sides, we cannot be impartial spectators because lives are at stake and the very texture of our civilization lies in the balance.

Pack all the tools you need in your bag: network theory, bayesian analysis, probability, differential equations, cryptography, computing, game theory, neural networks. We need them all and we need them now. Get down to work for the sake of our future.